DETROIT – JULY 23, 2020 – One of America’s most recognizable and storied parades has a new partner. Today, The Parade Company announced Gardner-White, southeast Michigan’s leading furniture retailer, as the new presenting sponsor of America’s Thanksgiving Parade®. Nearing a century of tradition in Detroit and broadcast in more than 185 television markets across the country, the new official name of the event is America’s Thanksgiving Parade® presented by Gardner-White. The event in its 94th year is produced by The Parade Company and WDIV Local 4 is the exclusive and longtime television partner.

The Gardner-White presenting sponsorship represents a three-year partnership with The Parade Company, and this is the first time the Michigan-based and family-owned furniture retailer has been a part of the Parade.

“As Michigan’s top furniture store, it is our responsibility to do more than march in the parade; we need to take the baton and lead,” said Gardner-White President Rachel Tronstein Stewart.  “As a family-owned business in Michigan for over 100 years, we are humbled to be a part of this treasured event that brings joy to generations of Gardner-White customers, employees and parade-lovers everywhere.”

Family-owned and operated for 108 years, Gardner-White has been a staple in metro Detroit. Irwin Kahn became the second-generation owner in the mid-1950s. Irwin’s daughter Barb Tronstein and son-in-law Steve are the third-generation owners and are still very active in the day-to-day operations of Gardner-White. Their daughter Rachel Tronstein Stewart is now positioned to lead the organization into the future.

America’s Thanksgiving Parade® presented by Gardner-White is recognized as the Best Holiday Parade by USA Today, two years running, 2018 and 2019.

About The Parade Company

Founded in 1984, The Parade Company is a not-for-profit organization governed by the Michigan Thanksgiving Parade Foundation whose board of directors is comprised of key civic and corporate leaders in the greater Detroit region. The Parade Company is celebrating more than 90 years of Parade tradition in Detroit and is committed to funding, creating and executing the best family events in Michigan. The Parade Company staff, board of directors and thousands of parade volunteers work year-round to bring a wide variety of magnificent events to the City of Detroit and the region including the Ford Fireworks, Strategic Staffing Solutions Turkey Trot, and America’s Thanksgiving Parade® presented by Gardner-White. Follow The Parade Company on Facebook, Twitter and Instagram.

With 11 locations in southeast Michigan, Gardner-White is Detroit’s new #1 furniture and mattress store. Gardner-White is redefining its in-store merchandising strategy, promotional plan and most importantly, its product lineup.  Family-owned and operated for 108 years, Gardner-White is a staple in metro Detroit.  For more information or to start a career at Gardner-White, visit www.gardner-white.com.

Pet of the Week - Higgens (Adopted!) 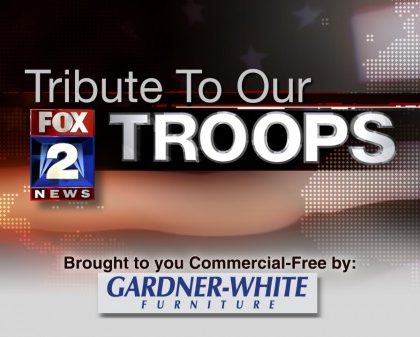 2020 Tribute to our Troops Sponsored by Gardner-White Furniture 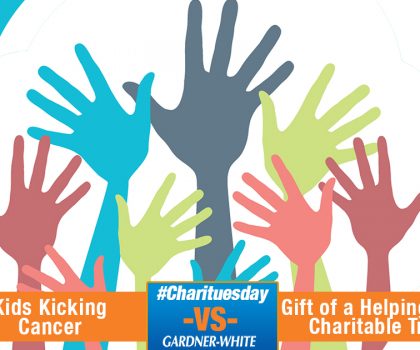 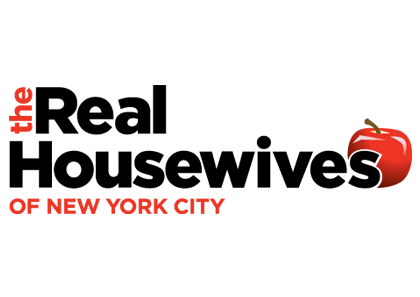