Looking Forward and Giving Back With gratitude for a century of community support, Gardner-White will celebrate its 100th anniversary by looking forward and giving back.  The company will expand its investment in metro Detroit with the addition of a new store and a larger, more modernized distribution center in Auburn Hills.  Gardner-White is also expanding its charitable and civic footprint in southeast Michigan as part of its centennial tribute.  And to thank its customers and the Detroit community as a whole for its continued support, the company will host special appreciation events throughout the year.

“Being part of the community we serve is not just a company motto, it’s truly who we are and the reason for what we do, and this is the key to Gardner-White’s longevity and success,” said Steve Tracey, president of Gardner-White Furniture.  “This commitment to the community is why we are celebrating our 100th anniversary not by looking back, but by looking ahead to where we are going and how we can better serve those who have supported us.”

Increasing its community presence and investment, Gardner-White will open a new retail store and outlet in Auburn Hills, Michigan.  Additionally, the company will relocate and expand its distribution center and warehouse operations, as well as its corporate headquarters, to Auburn Hills.

“We have great confidence in the future of metro Detroit and its support for Gardner-White.  Therefore, we’re going to be making significant investments in the region by expanding to new communities and employing many more local residents; the new Auburn Hills site is the first of these developments.” said Tracey.

The new complex in Auburn Hills will be at 4445 N. Atlantic Blvd, near Great Lakes Crossing, and is expected to open in July or August 2012 as part of Gardner-White’s 100th anniversary observance.  Construction renovation on the 455,000 square-foot facility began in January 2012, and includes a modernized distribution center, corporate offices and a 90,000 square foot retail store and warehouse outlet.

Building upon its long legacy of giving back to the community, Gardner-White is observing its centennial by expanding its charitable and civic footprint through many philanthropic activities.   To begin with, a portion of all store sales made during a four-week 100th anniversary sale, April 26 – May 23, will be donated to build houses for homeless veterans, in cooperation with Volunteers of America.  The non-profit organization is a long-time charity partner of Gardner-White’s and is annually supported with the “Adopt A Family” holiday season campaign; more than 5,000 families have benefitted since the program was implemented in Gardner-White stores in 2005.

Additionally, Gardner-White recently donated over $100,000 in lumber to Habitat for Humanity.  The lumber was salvaged from renovations done on the company’s new Auburn Hills distribution center and will be used in the construction of homes for needy families in the Detroit metropolitan area.

Other new community sponsorships to mark the centennial celebration include the Detroit Tigers’ “Kids Take the Field” and “Ultimate Fan Experience.”

Gardner-White will also continue its numerous other long-standing charitable initiatives, such as the in-store blood drives with the American Red Cross and WDIV-TV 4, a 10-plus year partnership and the most successful blood drive in southeast Michigan; the “Holiday Connection” program, in cooperation with WJBK-TV/FOX 2, to fulfill the needs of various local charities; WXYZ-TV 7’s “Best and Brightest” salute to academically successful high school seniors; and, the Detroit Public Schools’ “Adopt a School” project.

To thank the community that has supported it for a century, Gardner-White is hosting 100th anniversary parties at all seven stores, April 28-29.   Everyone is invited to come and celebrate!  All guests will get to draw for a free gift; prizes include Gardner-White gift certificates ranging from $25 – $1,000, recliners, sofas and mattresses.  Come by between 12 p.m. – 5 p.m. each day for free face painting and cupcakes.  The family-friendly parties are open to the public and free of charge.

The weekend of festivities also kicks-off Gardner-White’s 100th Anniversary Sale happening at all retail locations.  All store merchandise will be marked down, plus there will be 100 “hot buys,” and deep-discounts on electronics and furniture packages.  The four-week sale runs from April 26 – May 23. For more details about the sale, please visit www.gardner-white.com.

The first Gardner-White Furniture store opened in 1912 on Mack Street near Mt. Elliot in Detroit, Michigan.  In the late 1950’s the company was purchased by Irwin Kahn, whose family still owns and operates the business today. Kahn’s keen retailing expertise and strong belief in giving customers the best quality shopping experience, laid the foundation for Gardner-White’s future expansion across metro Detroit.

Also helping to fuel its expansion were many successful sales strategies pioneered by Gardner-White that were later adopted by others in the home furnishings industry.   For instance, the company was the first furniture retailer in Michigan to use television advertising.  It was also the innovator of the “whole room package” in the 1960-70’s that allowed customers to “buy by the roomful and save,” while personalizing the pieces they wanted.

Gardner-White was also the first furniture retailer in Michigan to package furniture and brand-name (Samsung and Toshiba) televisions together, in partnership with electronics giant Best Buy.  This retailing collaboration began in 2009, and today, Gardner-White is one of Best Buy’s largest partners in the U.S.  Given the success of this joint venture, the companies will soon be announcing plans to expand their relationship.

Gardner-White employees and vendors have played an enormously critical role in the company’s success.  “Without their loyal support, we would not have reached our 100th anniversary milestone and we are sincerely grateful,” said Tracey.  “We’re also very fortunate to have employees and vendors with us today whose parents worked with Gardner-White decades ago – that is a true testament to a company’s character and we’re very proud of it.”

“Gardner-White Furniture and Serta Restokraft Mattress have been doing business for 36 years. Gardner-White Furniture started as a Serta customer and turned out to be a very loyal and trusted business partner,” said Lawrence Kraft, President & CEO, Serta Restokraft Mattress Company. “What makes their 100 years in business so significant is that this Michigan-based business remains family-owned and is now operated by third generation family members. I am proud as a vendor and friend to be part of this milestone and wish Gardner-White another 100 years of success!”

For 100 years, Gardner-White Furniture has set the standard on quality, value and service.  With stores conveniently located throughout southeastern Michigan, the company offers value conscious consumers affordable prices on an excellent selection of stylish, quality furniture.   Additionally, Gardner-White’s exceptional, “no-pressure” customer service is paramount to its business philosophy; it is how the company became one of Metro Detroit’s most trusted furniture and mattress retailers.

Gardner-White Furniture is a privately owned and operated family company based in Warren, Michigan.   The company supports numerous community and charitable organizations including The American Red Cross, Volunteers of America and Habitat for Humanity.  For more information about Gardner-White, visit www.gardner-white.com. 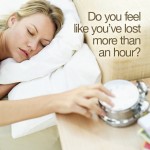 Sleep FAQs - You Don't Have to Keep Losing Hours of Sleep! 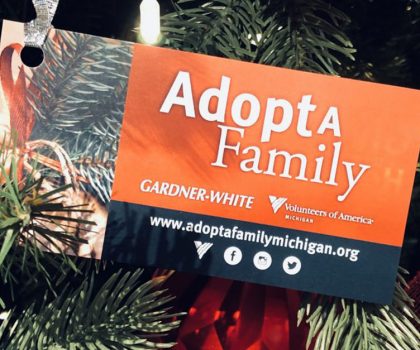 Adopt a Family at Gardner-White! 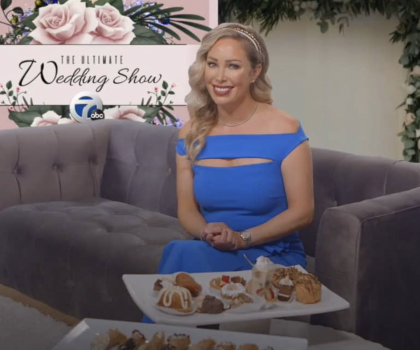 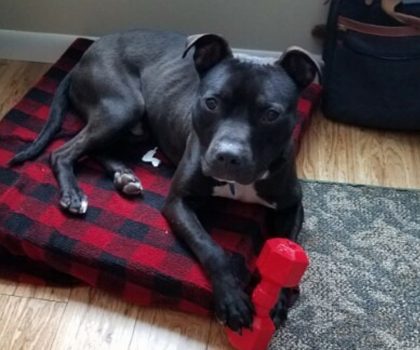 Pet of the Week: Spike